RC Europe’s planned developments include new retail parks in Vršac and Obrenovac, as well as the extension of NEST Kraljevo.

Construction of a new retail park NEST Vršac started in September this year. The project is set to open in spring 2020.

The 2,999 sqm retail park is being built on Nikole Neškovića Street, opposite the Lidl supermarket.

RC Europe has appointed Rolomatik as the main contractor for the works on the retail park which is set to bring new international brands to Vršac.

Building on the success of its NEST Kraljevo retail park project, the company started the construction of phase two of the development this September. Work will be finalized in April 2020. 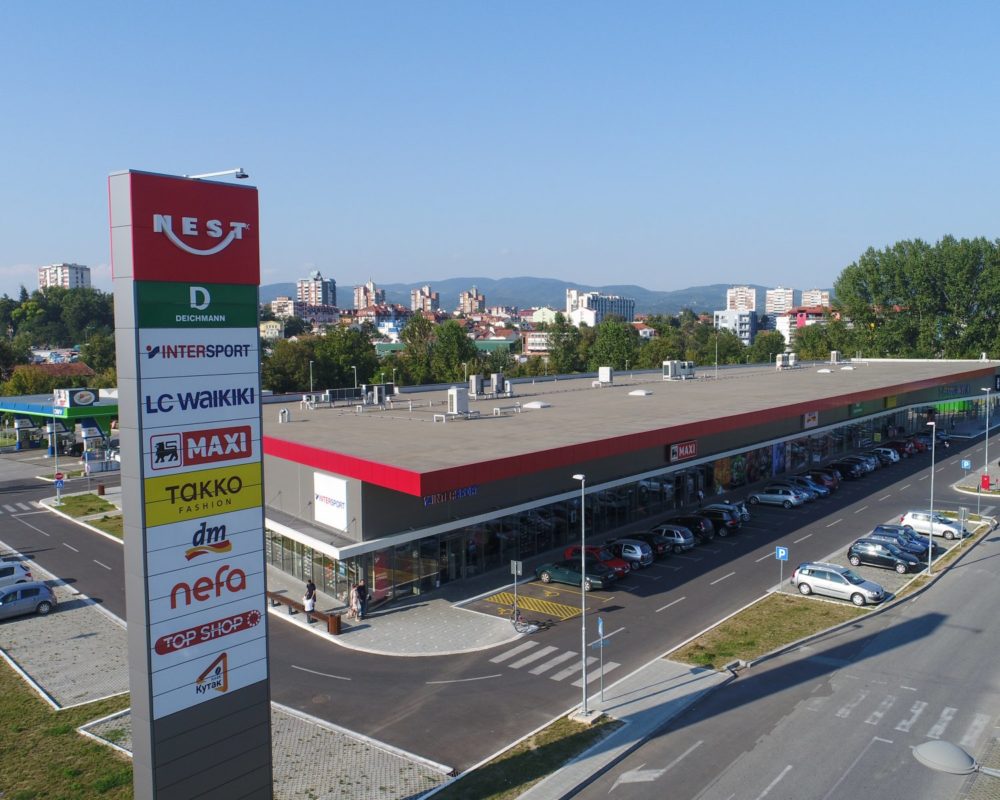 Following its extension, the retail park will add new tenants to its already strong lineup of brands.

The project will be made up of 8,500 sqm in its first phase of development, which is set for completion in November 2020. In the second phase, the retail park will be expanded to a total of 12,900 sqm.

Its tenant mix will meet all the needs of the local community, starting from everyday shopping essentials to fashion, footwear, beauty, furniture, and kid’s stores.

Future tenants in NEST Obrenovac include Maxi (Delhaize), New Yorker, Deichmann, Gigatron, Lilly, DexyCo, Katrin, Opposite Shoes, and many others.

Founded in 2005, RC Europe offers development, management, and consultancy services to clients in the Czech Republic, Romania, Serbia, and Croatia.

Since entering the Serbian market five years ago, RC Europe has developed two NEST retail parks in Kraljevo and Užice.

Retail SEE Grouphttp://www.retailsee.com
Retail SEE Group publishes articles about the retail real estate market and distributes it to the international business community subscribed to our newsletter. If you would like us to cover a story about your project, company, or brand please contact us.
Facebook
Twitter
WhatsApp
Linkedin
Viber
Previous articleIMMOFINANZ CELEBRATES FOUR YEARS OF BUSINESS IN SERBIA
Next articleFACEBOOK INNOVATIONS TO KEEP AN EYE ON

NEST is a retail park network developed by RC Europe in southeast Europe. Its portfolio comprises of eight retail parks in Serbia and Romania, finalized and under construction.
Read more
Real Estate

Cineplexx Continues to Invest in Serbia

Leading cinema operator in the region Cineplexx continues its multimillion investments in the Serbian market and will soon open the largest and most modern cinema with technology never seen before in Serbia.
Read more

Galerija Belgrade, the biggest shopping, dining, and entertainment destination and the only European shopping mall on the riverbank, is opening on Friday, October 30th at 10 am.
Read more

Autumn of 2022 will begin with the opening of Prishtina Mall in Kosovo, the largest destination mall in southeast Europe.
Read more

How are Retailers Wasting Away their Money?

Retailers are losing thousands of euros every year due to poor management of salespeople. This article will discuss ways you can improve your retail business by investing more time and effort into your sales team.
Read more
Load more