Drone Delivery Services Expanding in the US 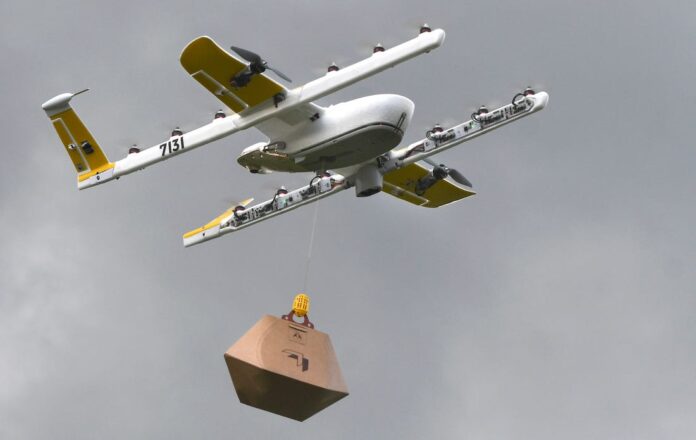 Online shopping for products and food is on the rise but slow delivery is still an issue. This is being solved in several cities in the US by drone delivery companies that are speeding up the service and reducing carbon footprint.

Drone delivery company Flytrex has announced this month that they are expanding their drone food delivery service in North Carolina, due to an increase in demand.

They have conducted thousands of deliveries so far and are servicing many famous restaurant chains such as Chili’s, It’s Just Wings, Maggiano’s Little Italy, and others. Through their Flytrex app, users can order food and track the status of their orders.

North Carolina has been a hub for drone testing, particularly for those seeing whether drone deliveries of food and packages are viable.

“We are soaring into a new age in which smart cities harness the immense power of drones to maximize efficiency and feed consumers’ growing appetite for on-demand deliveries — all while reducing our carbon footprint,” Yariv Bash, CEO of Flytrex, said.

Drogerie chain Walgreens in the US has also partnered with Google’s drone-making affiliate, Wing, to test out drone delivery across several cities in Texas.

Walgreens says about 100 store items will be available for air delivery when the service rolls out in Texas in the coming months, including over-the-counter medication, snacks, and cosmetics. Store employees will be tasked with taking online orders and then loading the purchased items onto one of a small number of Wing’s 10-pound drones.

The drones are able to navigate autonomously and a human pilot can also control them remotely. It takes about 6 minutes to reach 6 miles, according to Wing’s website.

Wing has already delivered a wide range of products to apartment buildings in Europe and Australia, including coffee, hardware, pharmaceuticals, etc. Wing’s biggest delivery service so far has been in the Australian city of Logan, where the company says it made about 50,000 drone deliveries in the first eight months of this year.

Other prominent companies in the US are also testing out drone delivery services, including Amazon, Walmart, and UPS.

Although drone delivery is still in its early stages, the increase in demand and expansion of the service across the world is definitely showing promises that it will become a future global retail trend.