Paul Jean Gaultier’s fashion exhibition at the Museum of Modern Art in Belgrade presented talking mannequins, that responded to the movement of visitors. With the development of facial recognition and AI technology, one must wonder will dolls replace human sales staff in the future?

When I entered the exhibition hall I was shocked to be greeted by a mannequin of Paul-Jean Gaultier himself. The doll recognized that I entered the room, welcomed me, and gave me a short introduction to the fashion exhibition in English and French. The doll’s eyes followed my movements, giving me an impression that it was watching me.

It was not a robot, but rather a face projected onto the mannequin’s head, that probably had built-in cameras and sensors to detect movement. Considering all the improvements in facial recognition technology I wondered whether very soon these types of dolls will be used in retail stores and whether they will be able to recognize and memorize customer faces.

We are being watched!

By being able to recognize and memorize faces, this technology can also efficiently store data on people. For instance, in retail, magic mirrors are already being used to save data on customers in order to provide product recommendations.

This concept is best presented in a scene from the movie Minority Report, where Tom Cruise enters a Gap store to be greeted by a responsive holographic sales assistant. Although in the movie, instead of facial recognition the hologram used eye-scanning technology. 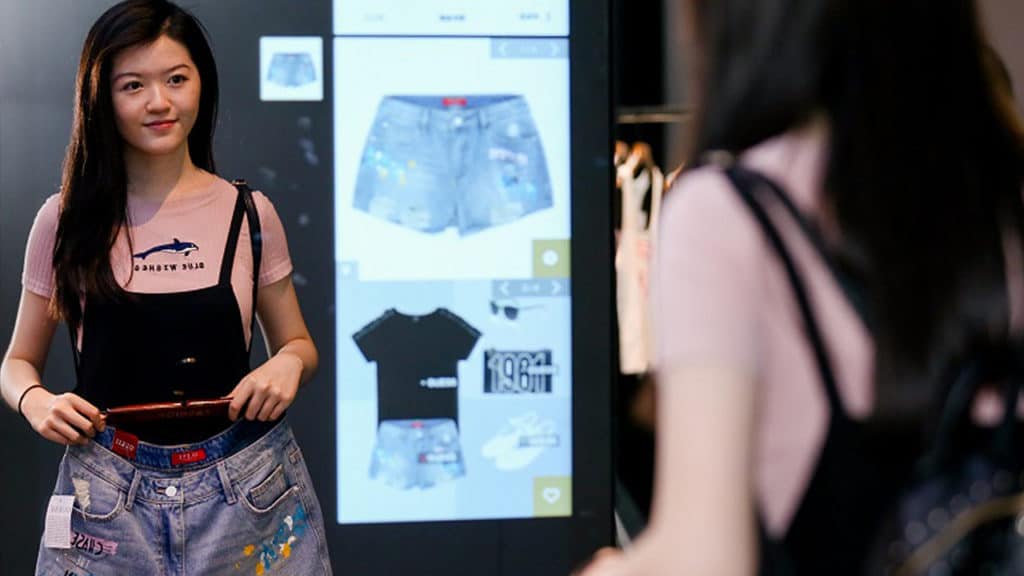 The expansion of new technology in retail is inevitable, as holograms, magic mirrors, smart glass, talking mannequins, will be far superior to human sales assistants in the future. Technology is better at memorizing customer data, answering questions, and giving product recommendations based on personal preferences. In the long run, retailers will prefer technology to human sales staff as they will be cheaper and more efficient in closing sales.

Last year we have seen massive worldwide store closures and job losses due to the pandemic and rise of online shopping. This is the first sign of technology taking over retail, and now retailers will have to integrate technology into their physical stores to pursued shoppers to come back.

Innovative technology will be used in stores for entertainment and sales, turning the whole shopping experience into something that we have never seen before….except in movies.

Check Out Free Stores are Becoming a Major Trend