Gap Teams up with Kanye West 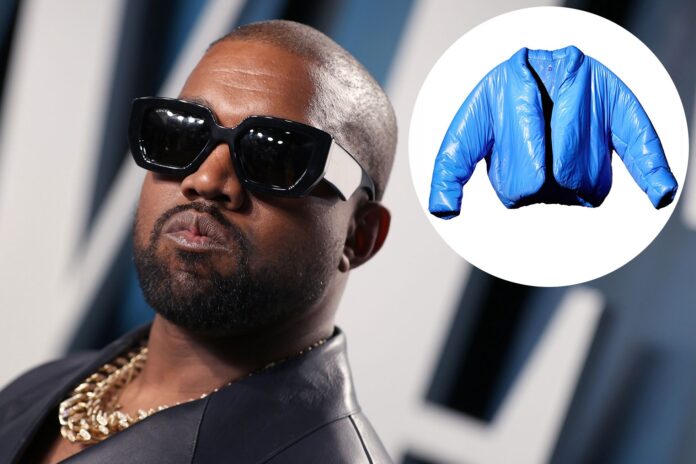 Gap’s upcoming Yeezy line with rapper Kanye West could bring in nearly $1 billion in incremental sales next year, according to CNBC News.

“Now that this catalyst is here, the majority of questions we are fielding regarding Gap is around how powerful this partnership with Yeezy could be — which is why we thought it would be helpful to put numbers behind the initiative,” Wells Fargo analyst Ike Boruchow wrote in a note to clients on Wednesday.

Earlier this month, Gap released its first product from the highly anticipated line, giving shoppers a taste of what’s to come. The $200 bright blue nylon puffer jacket was on sale for a limited time. Now, the coats are being floated on resale sites for more than $1,000, and the items haven’t even shipped yet. It’s unclear exactly when more Yeezy/Gap merchandise will drop, but a fuller line-up is expected to come later this year.

To quantify what the partnership could mean for Gap, Wells Fargo surveyed 530 Gap shoppers and 470 non-Gap customers to determine their interest in the Yeezy line. It completed the survey in a partnership with the data firm Guidepoint. Participants needed to know who Kanye West is, Wells Fargo said.

Among the Gap customers, 64% indicated they planned to buy items from the collaboration. On average, they expected to spend an incremental $178 on Yeezy products in the first year of the line’s debut. Of the people who currently don’t shop at Gap, 23% said they intended to buy the merchandise and expected to shell out an incremental $126 at Gap.

Within the group of people who don’t shop at Gap but plan to buy Yeezy products, 75% said they expect they’ll purchase other Gap products while shopping. This suggests that the tie-up has the power to drive new customers to Gap, Boruchow said.

Wells Fargo estimated that the Yeezy line could drive up to $990 million in sales for Gap in fiscal 2022, and boost earnings by roughly 50 cents per share. By fiscal 2026, the partnership could add about $1.50 per share to earnings, Wells Fargo said.

One reason is that the analysts expect the Yeezy merchandise to have a margin rate of about 50%, which is high for apparel, given that most of it should be sold at full price.

“This does not account for new customers or higher Gap spend among existing customers due to the ‘brand halo’ that Yeezy may bestow on the Gap brand and broader assortment — similar to what Yeezy did for Adidas beginning in 2015,” Boruchow added in his note.

It’s now been more than a year since Gap’s tie-up with West was announced. With the deal, Gap hopes to build momentum to draw in new customers or entice long-time customers to return to its stores more frequently.

Gap shares were up more than 1% Wednesday. The stock has rallied more than 64% year to date. Gap has a market cap of $12.5 billion.

Marketing to Gen Z: Subcultures are the New Demographics

Pacsun Partners with the First Ever Virtual Influencer, Miquela