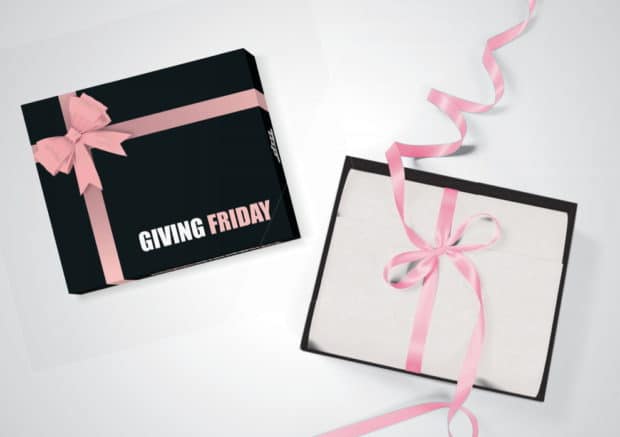 For the third year in a row, dm drogerie markt gave a new meaning to “Black Friday”. Five percent of the company’s turnover generated on Black Friday last week was donated to the national kitchens of the Serbian Red Cross. 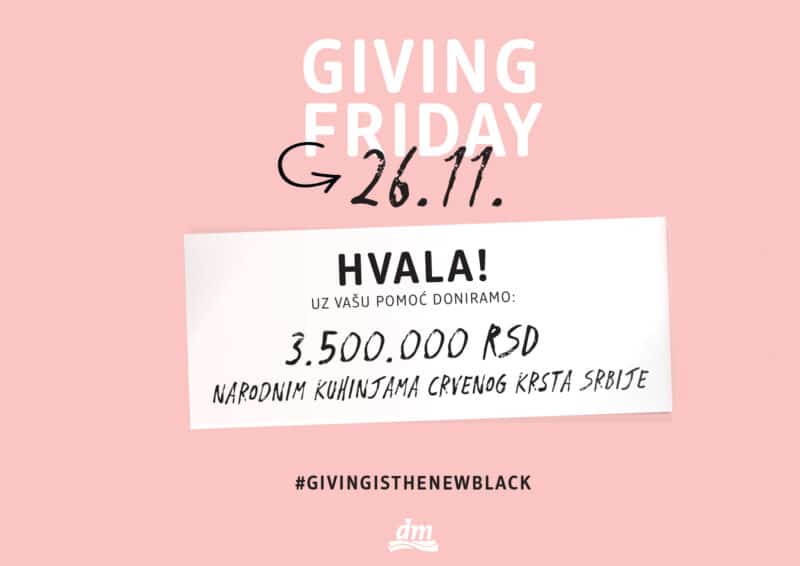 Giving is the New Black

As storefronts around the world called for dizzying discounts, dm globally wanted to draw the community’s attention to what really matters. So during last week’s Black Friday the retailer sent a strong message again “Giving is the new black”.

Its international campaign was a huge success, and in Serbia alone, they have managed to collect 3.5 million dinars for the Red Cross and thus contribute to the fight against global hunger.

“Every support is important to the community in which we operate and live. By trying to improve life in our country, we draw the public’s attention to things that are really important and serve as an example to other companies. We are especially proud of the “Giving Friday” campaign, which we are conducting in all countries dm Group operates. We are especially pleased that this campaign is popular among the general public. Once again, we have decided to direct funds from this day to the national kitchens of the Serbian Red Cross, with the goal of making progress in the fight against one of the biggest global problems – growing hunger in the world. We will continue to operate in a nurturing humanitarian spirit, while man and his needs will continue to be at the center of our business activities, “said Alexandra Olivera Korichi, director of dm Serbia and Northern Macedonia.

The Serbian Red Cross thanked dm Group for recognizing and supporting their humanitarian activities once again.

“Solidarity of citizens is always needed so that our fellow citizens, who are filled with difficulties every day, feel the care and support from the entire community. The circumstances in which we have been living for the past two years, conditioned by the COVID 19 pandemic, further complicated the living conditions of the most endangered people. The funds donated by the company dm, with the support of its consumers, will be spent for those of us who need help within the National Cuisine Program of the Serbian Red Cross. I believe that the example of dm will be followed by other socially responsible companies, organizations, and individuals, “said the Secretary-General of the Serbian Red Cross, Ljubomir Miladinovic.

The drugstore chain dm started the so-called Giving Friday in 2019, collecting 3 million dinars for equipping the University Children’s Clinic Tirsova. Last year, dm directed 3 million dinars to the soup kitchens of the Red Cross of Serbia, which received the support of the company this year as well.

In addition, the company dm continuously provides support to the environment in which it operates, thus recording record amounts of cash and goods donations sent to various institutions and organizations across Serbia.

In the past business year, dm Serbia donated as much as 33.2 million dinars to the community in money and goods.

Retail SEE Grouphttp://www.retailsee.com
Retail SEE Group publishes articles about the retail real estate market and distributes it to the international business community subscribed to our newsletter. If you would like us to cover a story about your project, company, or brand please contact us.
Facebook
Twitter
WhatsApp
Linkedin
Viber
Previous articleMPC Properties Acquires Delta City Shopping Center in Belgrade
Next articleAda Mall Joins Forces with Serbian Red Cross to Help Children in Need