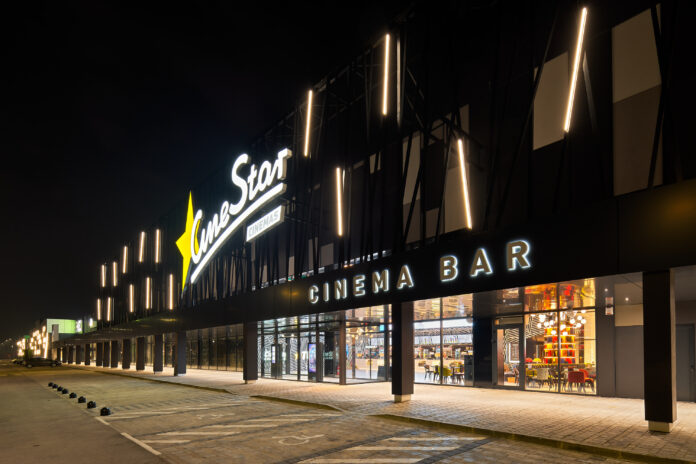 A brand new CineStar multiplex officially opened last Friday, on the 30th of October, within Bingo City Center mall in Sarajevo, the capital of Bosnia and Herzegovina. 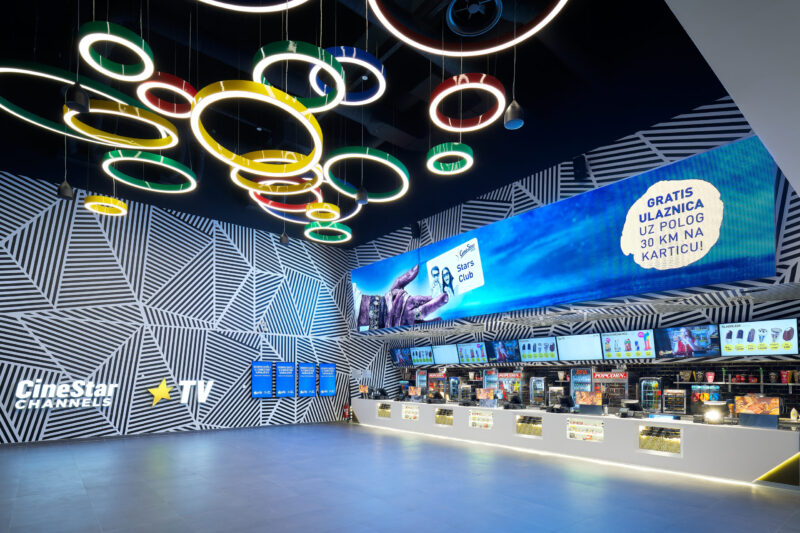 The multiplex is CineStar’s sixth site in the country and the country’s largest multiplex overall, with 10 screens and a total seating capacity of 1,414.

The new opening reaffirms CineStar’s position as the leading and fastest-growing exhibitor in the region as well as in Europe, only a year after receiving the International Exhibitor of the Year 2019 award by International Union of Cinemas (UNIC), for providing the best cinema experience and putting innovation first.

CineStar Cinemas have been constantly raising the bar and improving its Five Star Cinema concept, by always presenting local audiences with new technologies and a variety of other novelties. The state-of-the-art digital projection and sound technologies, fascinating interior design and equipment, as well as ultimate seating comfort place CineStar Sarajevo “destination cinema” among the best cinemas worldwide. 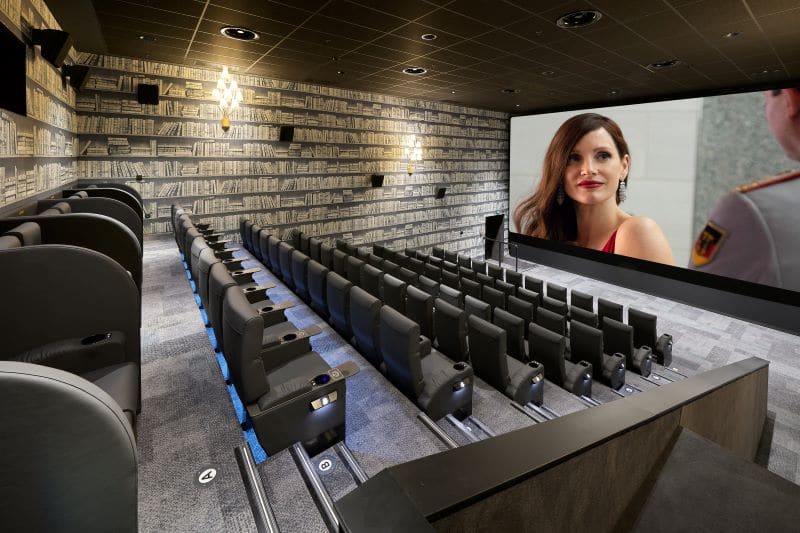 The largest hall in the multiplex is an eXtreme hall, a special CineStar standard, which includes a larger than standard silver-coated wall-to-wall screen, offering crystal clear image, and stronger sound. 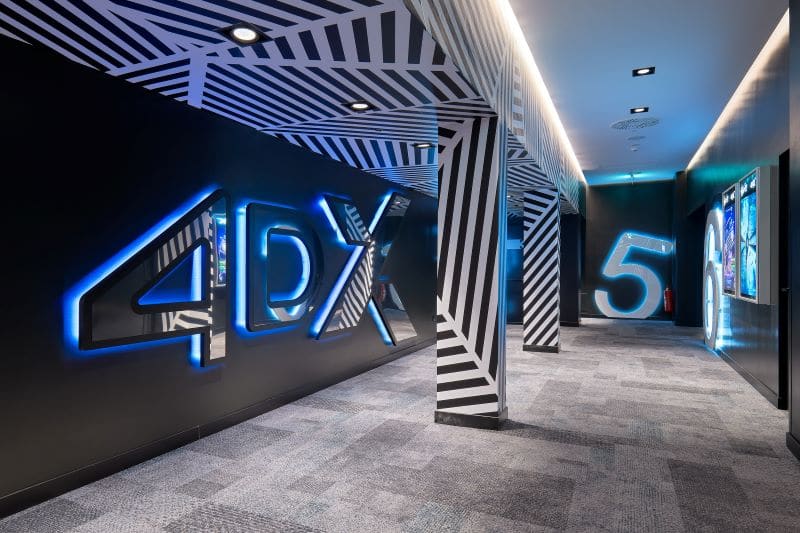 Additionally, a 4DX screen will be opening in a few weeks, using the supreme 4D technology developed by CJ 4Dplex, the world’s leading 4D brand, that offers ultimate film experience through 15 special effects including water, bubbles, fog, air, motion, lightning, scents, wind, snow, and rainstorm, among other – allowing the audience a multisensory experience of a heavy thunderstorm, light breeze etc. 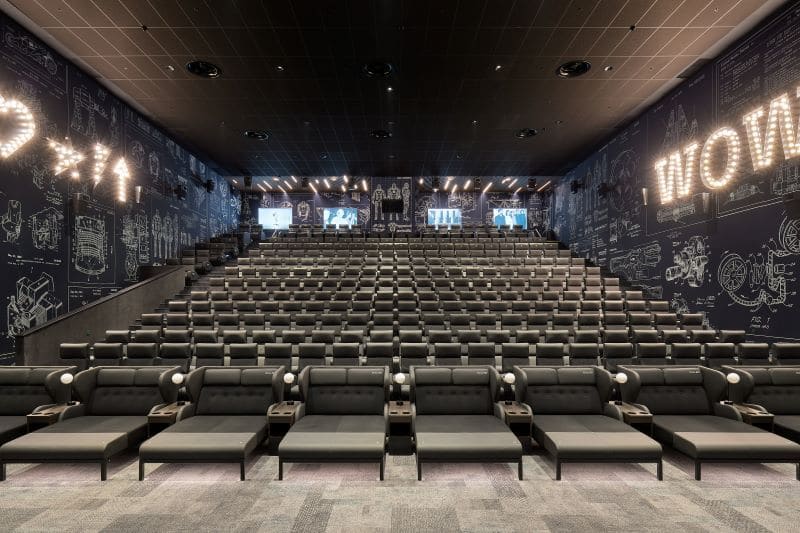 More than Just a Cinema

Before and after the shows visitors can spend time at the wonderful designer Cinema bar with a terrace, or use the space intended for families, including birthday party rooms. 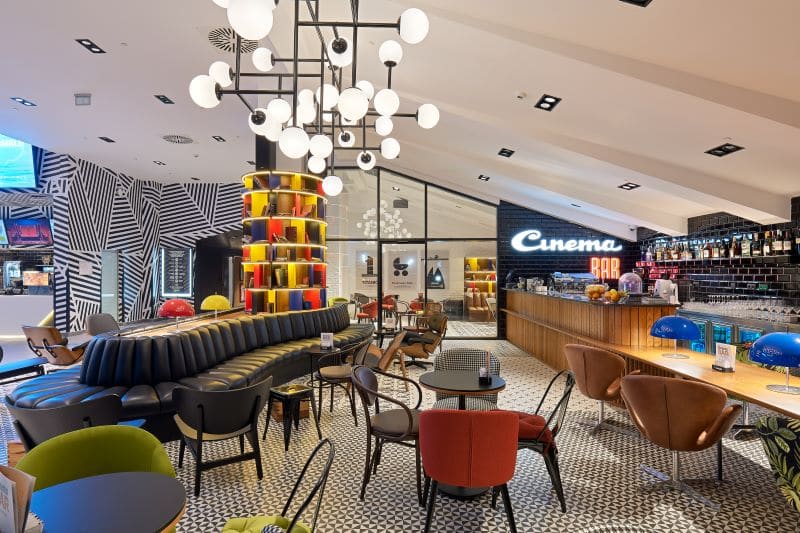 A complete novelty are several Premium lodges with premium lounge armchairs, each named after a city renowned for film festivals, among which is Sarajevo. 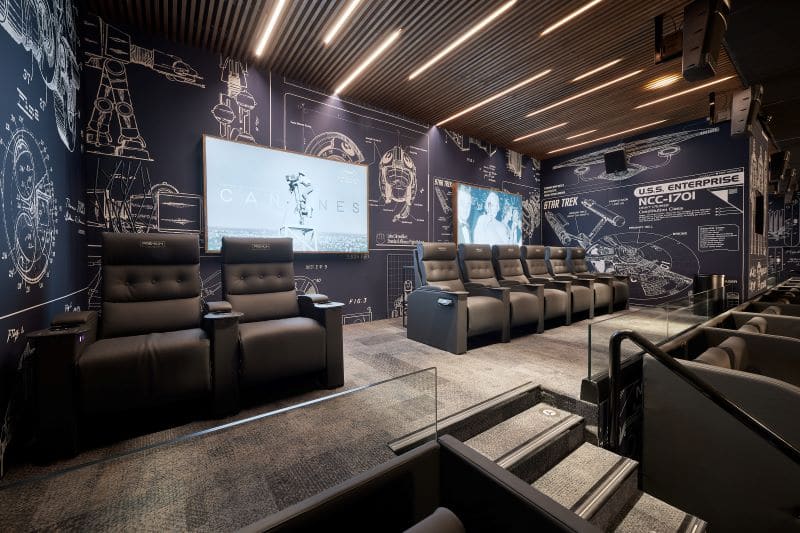 At the opening ceremony, guests were addressed by Mirsad Purivatra, the Director of Sarajevo Film Festival, who finds the return of the audiences to cinemas the best introduction to the upcoming 27th Sarajevo Film Festival, that will take place next August. Jadranka Islamović, Member of the Board and CEO of Cinestar Cinema, was very proud to welcome the audiences of Sarajevo, a city with a long film tradition, to this new, supreme destination.

In the weeks following the opening, the line-up will include the long-awaited Christopher Nolan’s “Tenet”, Russel Crowe psychological thriller “Unhinged”, a romantic and inspiring musical story “I Still Believe”, horror films “Antebellum” and “Boy 2”, the action-comedy “My Spy”, “After We Collided”, “Divorce Club”, “Greenland”, “Come Play”, “Mulan”, and “Ava”, and many other. For the youngest, there are Disney’s “Onward”, “Trouble”, “Arctic Justice”, “Captain Sabretooth and the Magic Diamond” and “Lassie”. The program will also include Bosnia-and-Herzegovina’s Oscar contender “Quo Vadis Aida?” directed by Jasmila Žbanić.

Retail SEE Grouphttp://www.retailsee.com
Retail SEE Group publishes articles about the retail real estate market and distributes it to the international business community subscribed to our newsletter. If you would like us to cover a story about your project, company, or brand please contact us.
Facebook
Twitter
WhatsApp
Linkedin
Viber
Previous articleCalliope Fashion and Aurora Jewelry & Watches Now at Westgate!
Next articleCapitol Park Ivanić-Grad Welcomed its First Visitors

Smart Gadgets that Will Transform Retail in 2021!

As we are entering a technological revolution, here is a list of three technologies that will impact the retail market in 2021. It is time to prepare for change.
Read more

How to Make Shopping Centers Desirable Places in 2021?

Maxence Liagre, CEO of MPC Properties, shares with us his insights on how to get visitors back to shopping centers in 2021!
Read more

It is All About the Environment in the New Retail Age

Welcome to the beginning of the new retail age, where sustainability and environmental issues are now a major hot topic in the retail industry and in our life.
Read more